Engaging stakeholders and formulating the plan

Once the prison, health service and prisoner context are well understood, including the barriers and facilitators, a project team should be formed to take forward the plan for scale-up.

Early engagement of the key decision makers and influencers within the correctional and health service authorities is important to establish support for scale-up. Formal influencers such as those in position of authority, identified from the organisational structure, as well as those with informal power (e.g. experienced correctional officers respected amongst peers) should be consulted and engaged as scale-up champions.

Visible displays of support from senior members of staff, such as announcements at staff meetings or in staff newsletters, and attendance at dedicated scale-up meetings, are important in signalling to correctional and health care staff that there is clear organisational support for scale-up.

The correctional authorities should be consulted to assist in identifying prisoners with influence, for example those selected to take part in prisoner delegate committees, to advise on barriers and facilitators to scale-up.

Leaders of community organisations that provide health education or support to prisoners and their families during incarceration, should be engaged to establish partnerships and enhance credibility of the plan to scale-up. 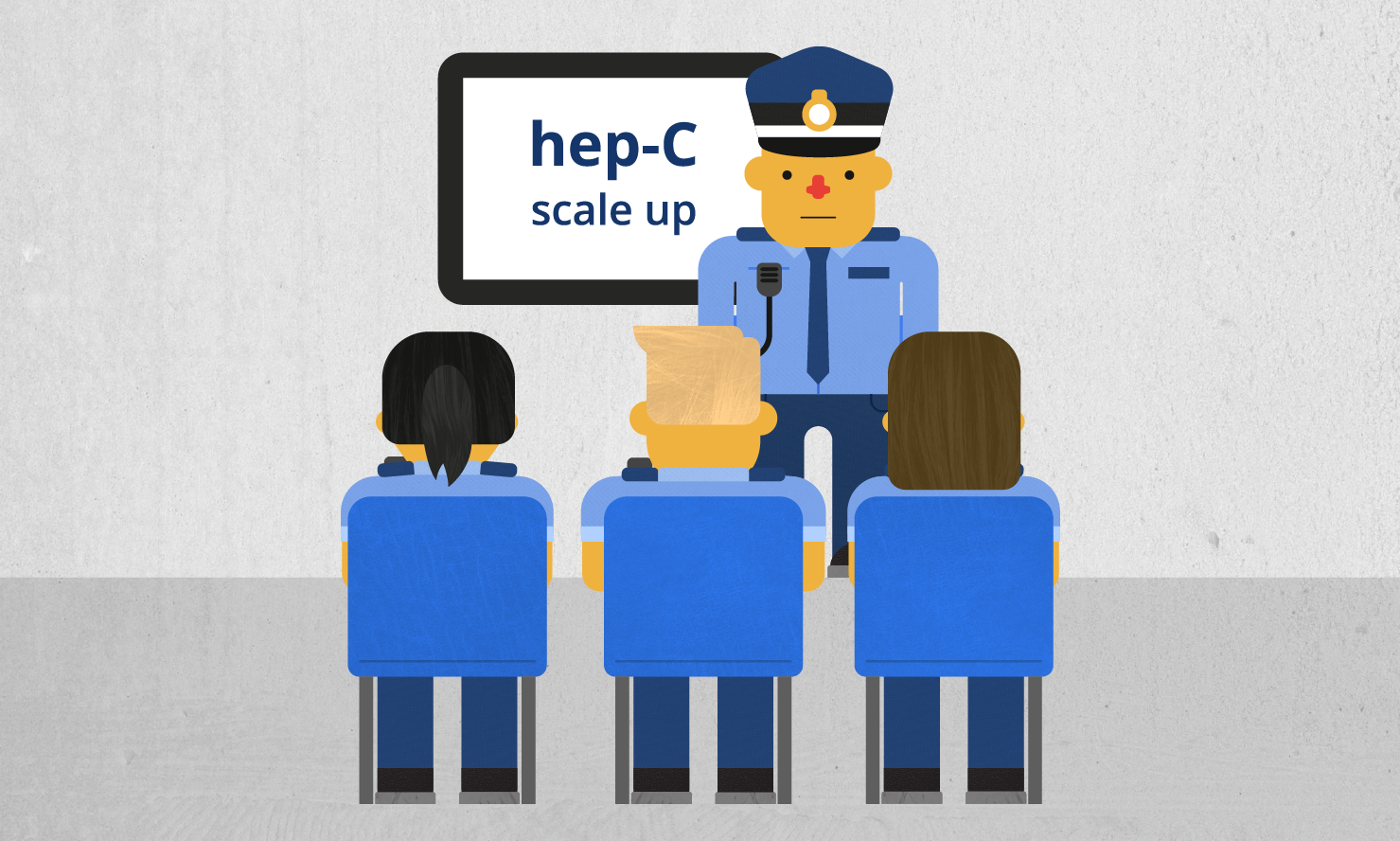 “I think we already know that treatment can clear prisons pretty easily with minimal extra resources but it’s how you make that happen. It’s the changes… How do you get everyone working together, at least the key players working together, to enable that?”

A simple governance structure is recommended. This may include a multi-disciplinary steering committee with representation of the following stakeholders: correctional authority, health service authority, community organisations, and the prisoner population (if possible). The nominees should be endorsed by organisational leaders and act as both scale-up champions and conduits. Sub-committees may be established to oversee specific tasks, such as the logistics of pharmacy and drug management, or prisoner education and engagement. The governance plan should outline the communication and reporting mechanisms of the steering committee with sub-committees and existing organisational committees.

The project team is the key group responsible for day-to-day operations and should consist of individuals who are committed to driving the scale-up process, and who have access to the resources and authority to do so. The members should cover skills and expertise in areas needed to plan and implement scale-up, including clinical skills, hepatitis service delivery, budgeting, data management, and consideration of special populations such as ethnic minorities.

An agreement between all stakeholders is key to formulation, endorsement and then implementation of the scale-up project plan.

Partnerships should be formalised, for example through a memorandum of understanding, and explicitly describe the joint commitment and shared priority of the scale-up plan.

The project team should resolve agreed goals, targets and indicators, including the scale-up period and rate, for example the anticipated number of individuals to be tested per quarter, and the number to be initiated on DAA treatment.

The project team should draft the project plan and seek approval of the directors of the correctional and health services, and of other key stakeholder organisations for the plan.

Correctional authority – planning
Or skip to